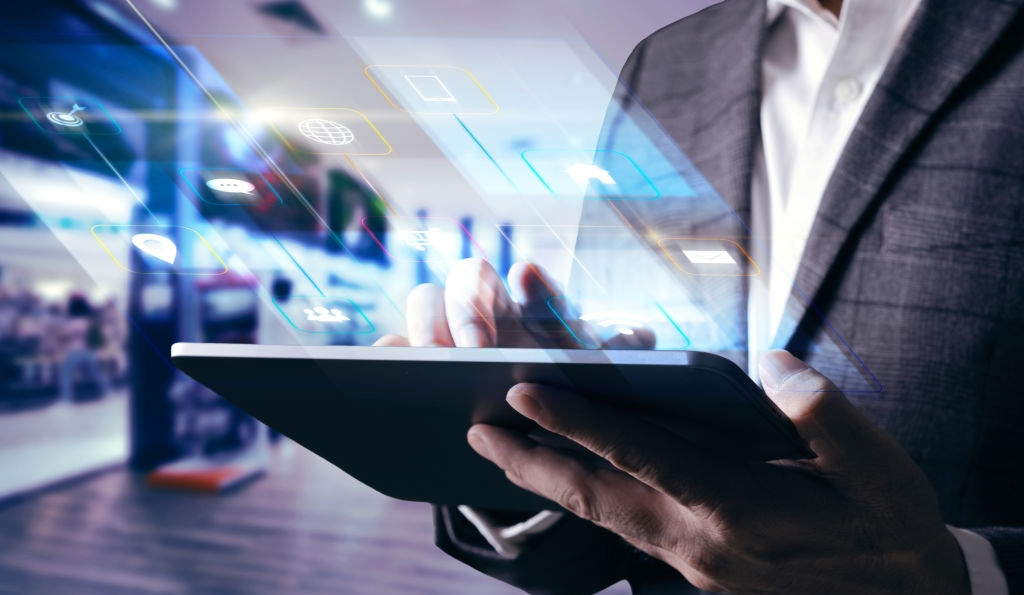 It seems to us that we cannot distinguish between disruptive and supportive innovations. A fragment from David Moshell’s book, “A Guide to the Digital Future. Industries, organizations and professions”, where the author busts two popular myths about innovative technologies in our life.

The image says that every IT update is led by a new generation of companies. Although some companies have been successful in several IT ages, ambitious entrepreneurs who saw future directions of market development overcame those whose success was determined by the current situation. If the word “breakthrough” is used to describe shocks and changes in the usual state of things, then in the digital world it is associated with changing market leaders.

The image also highlights two other points. First, the IT industry has always been famous for strong leaders such as IBM, Microsoft, Intel etc. The situation is that mentioned companies are considered to be uncontested leaders.

This unusual combination of new generation leadership and almost monopolistic industry structures explains the strong interest in disruptive innovation in recent years. People want to know will such a seductive model be preserved in technologies in the 2020s.

The second point is the dominance of American companies over the past 50 years. The key question here again is will this tendency remain? So far, today only China has proposed strong universal competitors to American giants, and this fact was probably noticed by analysts in Europe, India and other countries.

A lot of companies had first-class professionals who understood where the digital world was going. So why couldn’t they adapt to changing market? The idea is that the disruptive innovations are so contrary to the basic needs of customers, business practices and financial incentives of existing companies that confronting the new approach is in line with their short-term interests. In fact, they are almost allergic to innovation.

Let’s explain. When a new technology appears, it is often far from perfect and is perceived as a “toy” that can be ignored and even ridiculed. But with the improvement, the innovation turns into a serious “threat”, which must be actively countered. At the last stage, the new technology becomes a “trivial” new order. However, by then it’s too late to run after.

Today there are many such «toys» — cryptocurrencies, 3D printers, smart watches, internet-connected medical devices, Alexa, VR helmets, cloud gaming, etc. Surely, not all innovations are disruptive. In fact, most of them do not fit this definition. It is necessary to distinguish disruptive and supportive innovations: if supportive fit well with existing business models, disruptive ones don’t. The situation is that today such a significant difference is often not mentioned in the business press. As a result, the feeling of the cardinality of change is excessively enhanced. This is evidenced by two common myths:

It is often said that we live in a time of breakthrough technologies. As shown above, the first half of the XX century was a wonderful period for many innovations. We believe that innovations in the IT sector over the past 50 years are far advanced from changes in the previous century in the field of social and economic impact.

We say this not to belittle the achievements of our time, but simply to take into account the historical perspective. For example, what has changed society most:

The Internet has become an incredible invention. However, radio, television, film and music are no less revolutionary in the fields of information and entertainment than Facebook, Twitter, Netflix, Spotify, YouTube etc.

Of course, we are still at the beginning of the “game”. Most likely the next 50 years may bring advancements after which the today’s economy will seem primitive. The global scientific community is confidently rebuilding almost every field and industry. Digital transformation is among them. A wide range of possibilities ensures that industry breakthroughs will be an important topic of discussion for many years to come.

Myth 2: the pace of technological change is growing

It is also said that we live in a period of accelerated technological change. The evidence, however, for the most part indicates the opposite situation.

For a comparative analysis of technologies it is possible to apply a useful indicator — the time that elapses from the appearance of technology to its penetration in 50% of US homes. Although historical data are often fragmentary, it turns out that both radio (9 years) and black and white television (8 years) reached the 50% threshold much faster than personal computers (16 years) or mobile phones (12 years). The proliferation of technologies, such as electricity and telephone networks, which required the creation of a large-scale physical infrastructure, for obvious reasons, requires more time.

It is also indisputable that current offers of the Internet of things, such as fitness bracelets, smart watches, smart thermostats, devices for virtual or augmented reality are accepted by consumers relatively slowly.

So why does it seem to us that the world is changing faster? This is mainly due to the wealth and scale of modern technology giants. It is important to understand that Google, Facebook and Amazon relied on the already existing Internet, and in this sense they are similar to television and radio networks, which is quickly developed on the basis of an already created electric network. However, the global use of the Internet is growing at an explosive pace, even though the introduction of new devices is often slower than in earlier times.

Based on these conceptual, historical, and myth-destroying perspectives, let’s look at today’s realities of digital breakthrough.