In 2018, the global eSports betting market revenue was valued at nearly $906 million and according to expert estimations, eSports bet market size will be increasing progressively. Just imagine, the prize pools have increased from $35 million to $80 million for 4 years, which is over 70% growth. The number of frequent eSport audience has increased almost fivefold from 58 million in 2012 to 165 million in 2018. And it is worth considering that these numbers only apply to fully official bets. 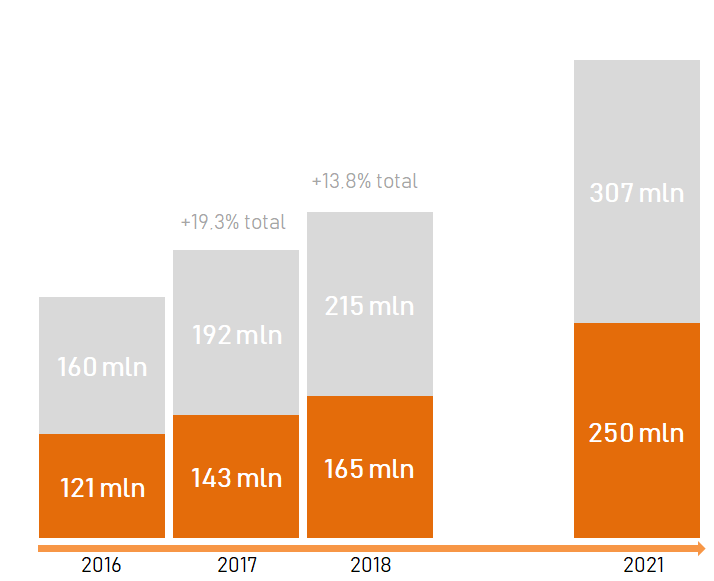 In 2021, the global eSports audience will reach 557 million, Newzoo’s forecast. 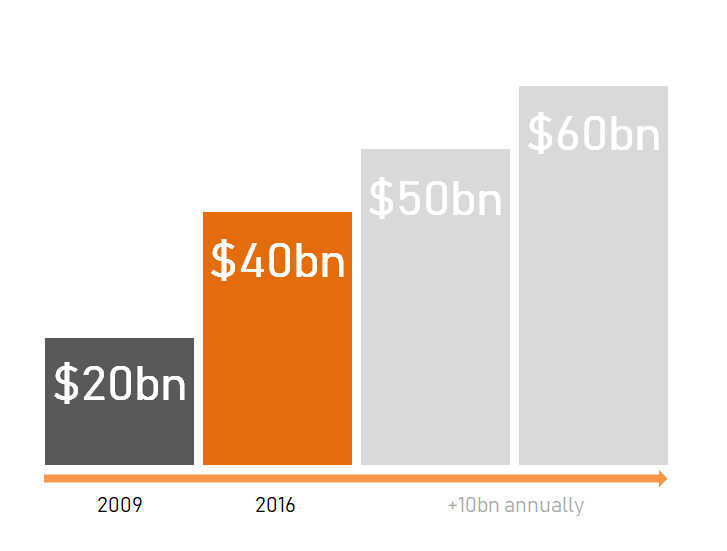 So, how this industry works? What should be mentioned first is that this business can be considered as young and growing. The League of Legends, which is thought to be the world’s most popular game for gambling, has its own league since 2013, and the Overwatch Professional League is only one year old. That’s why official betting deals are made through large offices whose main scope is the traditional sport activities or casino bets and only recently Esports have been added to this cohort (Bet365, BetWay and Unibet). Only some time ago specialized start-ups began to appear, such as Upcomer and Bingo Mum UK.

One more important thing is the lack of information. Those who take part in traditional sports betting have the power of accumulated data due to longer gambling history. eSports betting companies have no such benefits, and this analytical and statistical data is crucial for this type of business. Surely, you will hardly find any company that will take up this type of business knowing that there exists too high probability to remain in total loss. In simple words, if the bookmaker allows to make bets on the match of professionals without any restrictions, all clients will bet on the most likely winner and the company will not receive income. The same goes for betters. In order to win by betting you should know the specifics of the team, its strengths and weaknesses and the history of victories and defeats.

What is online gaming?

Digital industries are able to grow so fast in part due to the healthy competition they face amongst themselves and nothing shows this more than the online gaming industry. For instance, for every version of one online game, there is another that attempts to attract the same audience. Those who provide games need to be savvy about how they are attracting gamers as much as how strong their products are once the gamers visit their site. For example, as the bingo games free to play show.  By offering an enticing deal for your online gaming offering in order to attract an audience, they are more likely to stay on your site, as an example you can check sites like casinoguardian.co.uk. Healthy competition amongst rival games developers means bonuses for those players who want to engage.  Each year new trends emerge and developers rush to produce content and games that fit with the mood of what the gaming zeitgeist want to play. For instance, the success of Fortnite led to a surge in battle royale style games. In part, social media and the community built around gaming helps proliferate this and leads to a pull-down approach from developers, where gamers are actively telling developers what kind of games they want to play.

This is also the reason why inevitable accidents need to be taken into account. Just as Borussia recently lost to Tottenham because of forwards’ injuries the same cases occur on the professional cyber scene. For example, physical inactivity caused the bOne7 player from the Cloud9 team to withdraw from the final round of the tenth Starladder season. On the eve of the game, a cybersportsman was diagnosed with kidney stones caused by a low-active lifestyle. No less frequent injuries are traumas of the elbow joint and back, tunnel syndrome or even a sharp deterioration in vision due to low physical activity. In such cases, bookmakers have to recalculate the chances for all teams to win.

In general, the ideal conditions for any bookmaker’s office are when each team has an equal number of bets, because the office keeps itself a decent percentage regardless of who won. Thus, bookmakers help to find match-fixing after seeing a suspiciously large number of bets like “100 to 1”. Such an anomaly often means that a team or a professional player wants to throw a match and make a huge bet on their opponent. The special organization, Esports Integrity Coalition, accepts complaints from bookmakers, investigates and imposes sanctions. For example, in South Korea, one of the leading countries in the field of gaming, there is a criminal offence for contractual schemes.

Despite its relatively “young” age, a lot of similar risque cases happen in this industry: bets have already become popular in eSports, still it lacks a unified system. This is the main reason why people shouldn’t turn to “gray” bookmaker’s offices, because anonymity in the eSports betting is more a negative point and is difficult for fraudsters’ searching.

In this way, eSports betting is quite a promising and interesting gambling branch, which is becoming increasingly popular. At the same time existing platforms can’t fully meet all consumer needs. That is why Code Inspiration offers development services to provide platforms that cover individual requirements and boost online betting business.

There have been some interesting news in e-sports betting market since this article was published. Year 2020 is coming against the background of the pandemic and quarantine. Almost 2 billion people have to stay home. The usage of online services is growing and e-sports betting apps and websites are not an exception. People bet on Leage of Legends, Dota 2, CS: GO, Rainbow Six Siege, FIFA20, Overwatch etc. matches and tournaments more than ever. The possibility not to cancel or postpone cybersports events due to the pandemic and quarantine lets this sphere to grow in this difficult times – organizers just cancelled several land events and offline tournaments. Matches and e-sports tournaments take place online, attracting more and more viewers and fans since usual sports events were cancelled almost everywhere.

We would also like to share an interesting business case with you. There is an promising mobile application called Strafe e-sports. A user can bet on e-sports teams, but no real money is required. A user just competes with other users: at the end of the season, a user with the biggest number of correct votes wins. 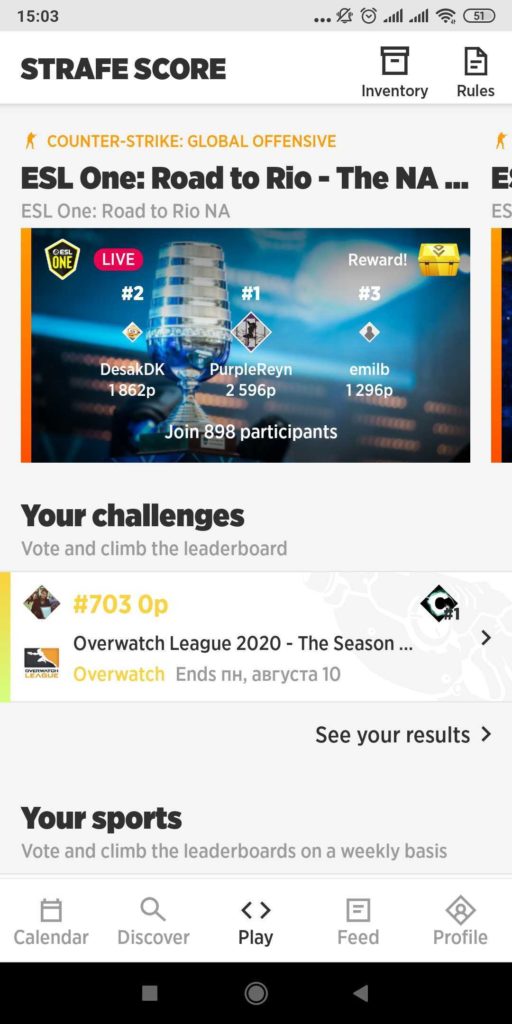 In fact, this app is a perfect solution to attract the audience and “make them closer” to betting. It is very simple to start when a user just need to download an app. Then, if a user sees he has more correct votes than incorrect, he can think of betting with real money. By the way, Strafe app has added GG.bet – a worldwide betting platform – advertisement in the Strafe app just a couple of weeks ago. So, this is an example of a good business strategy – attract users in a “sandbox” where they can bet without fear of loosing anything. If they see the vote successfully, here is the option to bet money.

Learn more about our betting software development services to see how our expert team can add value to your betting or gambling sphere business.