It has been already one year since the workflow we were all used to changed significantly. Working from the office, leaving on business trips, passing nights in the hotels before important meetings – that was the reality. In a few weeks – boarders closed, countries went on quarantine, businesses were damaged, some companies were bankrupt, people became locked in their houses and started working from home.

For some people working from home became a disaster, as definitely for most of us it is extremely difficult to concentrate when you are not in the office. What is more, a great majority has children, which were to stay at home also, and had to study from home. Speaking to my colleagues I discovered that they missed time alone going to the office by car or by bus. Spending time drinking coffee and smoking cigarettes with other team members.

However, for the other part of employees, COVID lockdown and quarantine was something great. Most of the developers in our company were very comfortable working from home, having daily calls, not spending an hour going to work and an hour more getting back. They preferred to proceed working this way even when the quarantine was finished.

There were lots of webinars and articles written on the best techniques how to communicate with the team, how to do team building, and how to keep employees happy and united during lockdown. Different points of view were announced: getting formally dressed at home as if you were going to the office, doing breaks for dinner and going “for a walk” to the balcony, 5-minutes daily calls with the team obviously with video to feel personal contact and so on.

As people got used to this new reality, a new concept of “open office” became popular. Those with children who wanted to escape from home got the option to work from the office, and those who enjoyed the home atmosphere and felt there relaxed and comfortable were not obliged to visit the office daily.

First, when I arrived to the office which was half-empty I had a messy feeling, I didn’t feel comfortable and sometimes felt even lonely. But it was only for the first time. Further, most of our managing stuff started working from the office as well. Some developers joined us also. Further it became even funny, as the feeling that you are not obliged going every day to work made it for us to feel like you are not going to work, but planning going out. We agreed on the days when we will meet in the office, spent time going for a lunch discussing different topics. We were happy to find out that the results we achieved being in good mood, working some days a week from office and some days from home were even better if to compare them with the previous year. 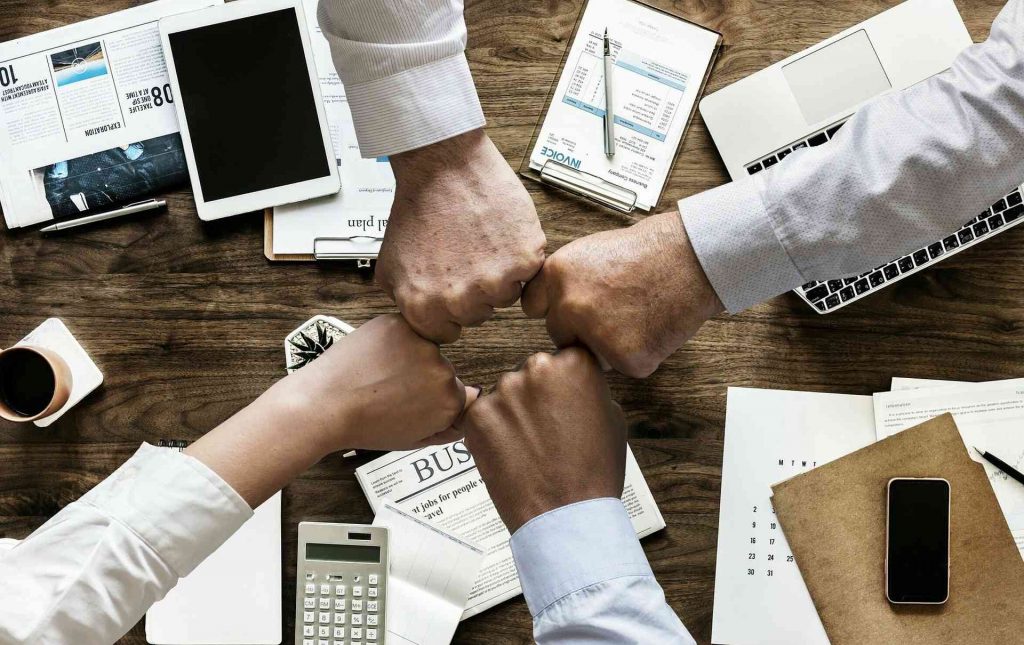 Benefits of “open office” at work

The concept of open office was applied in many companies here in Belarus and also in many countries all over the world. While COVID pandemic impacted badly most businesses, we couldn’t but mention it reduced costs for rent, as lots of companies canceled their lease contracts partially or fully. Also costs for electricity, internet, food delivery, cleaning became much lower than they used to be.

For most people the option when you have a little cozy office to work from became a great solution. If you are sick or tired, you can always stay and work from home. The main point is that according to the physiological researches, people hate limitations. While under quarantine we heard frequently that the atmosphere at home can hardly be working, from the other side before quarantine most people struggled to spend long time to reach the office and were annoyed to communicate daily with their colleagues. With the “open office” option people do not feel these limitations and have the right to choose.

The feeling when you are the one who makes the choice – brings happiness, as the result people are motivated to work well, being in good mood and concentrated on business goals.

For the past 6 months we have been practicing the “open office” model, and we are greatly impressed by the results. I hope that this little article will motivate some companies to give a try to this concept and to enjoy good results. In this reality where “not the strongest, but the most flexible will survive”, this approach seems to be the one which worth trying.

Relevant article: Aspects of building a positive working climate in an organization.