In this article I will criticize mobile games. I tell about some annoying aspects of mobile games on the basis of my Android-user experience since 2013. Tested dozens of games and deleted all of them except one, where I could’t spare to lose 2+ years of progress.

The article in brief

I played dozens of mobile games for 7 years and what I found annoying: requirements for in-game progress raise geometrically and progress itself really takes years, possibility to donate endlessly, such manipulative elements as opening boxes with rare items and random drop chances, confusing mobile games advertisement on YouTube.

I suggest developers publishing monthly reports indicating how much have they earned and spent within the given period and what further development plans are, so that the gamer community trusts the developers, understanding their work and its costs.

The article in full

Are mobile games a waste of time

What really annoys me is that requirements for in-game progress raise geometrically. Imagine a strategy mobile game where you have a home base. When you start playing, it takes 30 seconds to improve it to level 2. But it will take 180 days to improve it from level 5 to 6 in the endgame. With some in-game boosts and assistance from other players this term can be reduced to a couple of months. But the thing is that many people disagree with such an order of things and just delete the game.

Same thing with time for building units, number of resources required for building them. 20 levels of a single technology research? – Sounds fun, but this is the reality of mobile games: 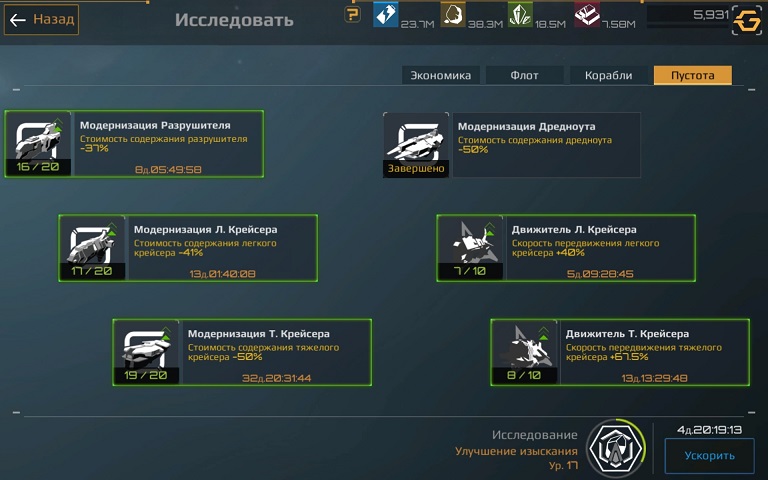 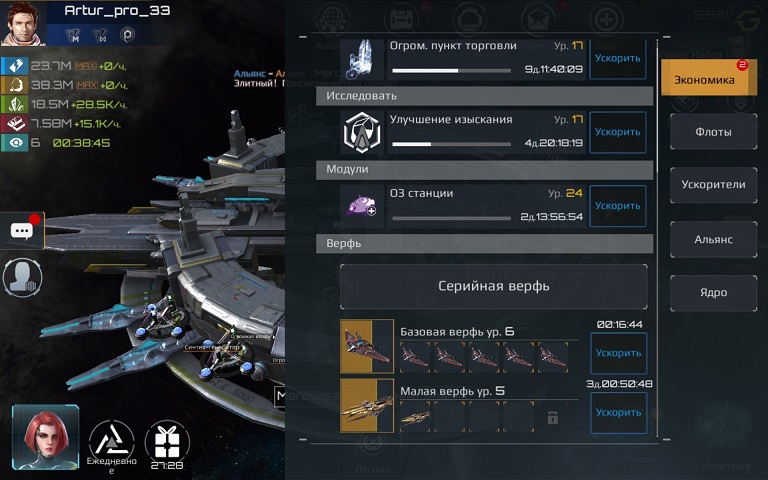 Screenshot from Nova Empire mobile game. Some more numbers: improvement of resource building – 9 days left (took 24 in total), ship building: 6 small for 16 minutes and 1 large for almost 3 days. By the way, to be competitive in this given game, a player need at least 100 large ships.

The negative aspect of in-game stores is that you can buy anything with unlimited quantity. Even boosts to complete 180-day’s improvement. But this will cost a good deal, because it should be balanced so that there would not be a significant progress gap between paying and non-paying players – the era of Pay2Win games has ended. So, you can pay even endlessly. But will not get any significant advantage.

It is great that you can play for free.

It is bad that you can donate endlessly.

Unlike PC/console games, where you can buy any amount of donated in-game currency, but the number of exclusive donatable items is still limited. It feels like any mobile game is created with the only goal to make money. However, some PC/console game developers also began to add paid progress boosts in their AAA games. Seems like not least because of mobile games monetization tendencies.

The majority of mobile games contain multiple loot boxes, crates, packs that contain random items with a certain rarity. The more rare the thing is, the less drop chances it has. Such a mechanic is really engaging, on the other hand it is somehow manipulative, causing the player’s gambling thrill and intention to open more and more loot boxes. Or simply buy them.

Have you ever seen an advertisement for mobile games on YouTube? These videos are really engaging, but, in fact, the game itself will have 20% of features and gameplay shown at its best. The gameplay shown is almost fake. I really can’t understand why mobile games developers do this. Maybe they just need a number of downloads and do not care about users’ churn.

What do I suggest?

Surely, in fact, mobile game developers are limited with a set of business models, they do not have many options to monetize their games, be it in-app purchase or payment to eliminate in-game advertisement. Looks like annoying aspects of mobile games mentioned above are due to these business models. Unlike PC/console video games, where, in most cases, a user pays once for a selected edition of a game and plays with no limitations and advertisement (developers usually offer various additional donatable cosmetics elements, but they do not affect gameplay).

Possibly, mobile game development companies can elaborate a new approach to their development process. For instance, they can make it transparent to the gamer community, that is to say, why not game developers publish their finance flow, if not all the information, but at least basic information about in-game purchases and further game development? Development team can publish such a report monthly. It could contain such data as:

Why do I think this transparent approach matters?

No doubts that such a step will be well-received by the gamer community. No doubts that the majority of gamers will like such transparent reports. They will not just play the game, they will trust the development team. And, in case gamers see a report with bad numbers showing developers lack money for new features, they are highly likely to support the team, making in-app purchases in their favourite game.

Surely, the development team must not betray trust of gamers, they should always publish real numbers, absolutely just as they are.

Here is the vision how such a report could look like: 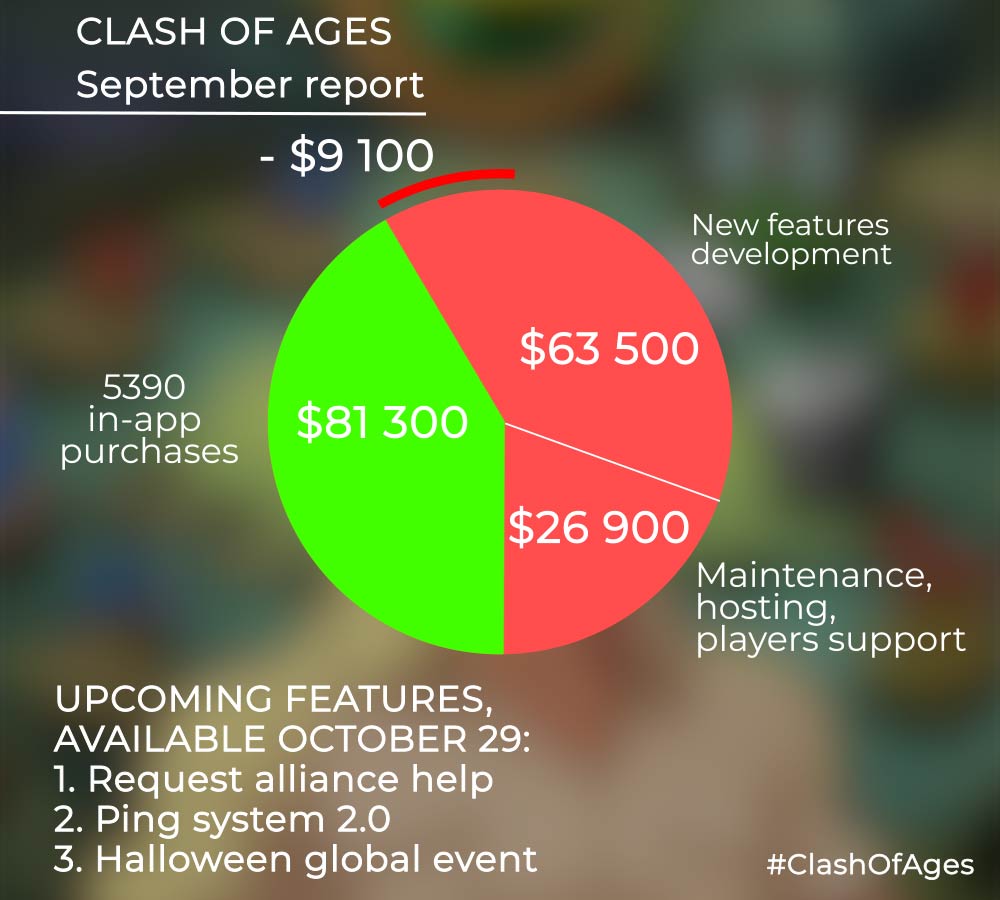 The report says that a company, developing an imaginary mobile game called Clash of Ages, spent more than earned. Still, works on new big update and plans to relese it in a month.

Please use our email info@codeinspiration.pro in case you want to discuss, express disagreement, improve or support these ideas!