In previous article we said that aggregation (collecting of data in a single place and creation of a single information system only) was the basic principle of digital transformation to E-Government. Surely, this opens vast possibilities for data processing and analysis. Together with this, storage of data in a single place or even in several distributed storages makes it attractive for intruders, taking into account that personal data is about citizens and thus, vulnerable.

Data breach from a nation-scale E-Government system could be a real problem. 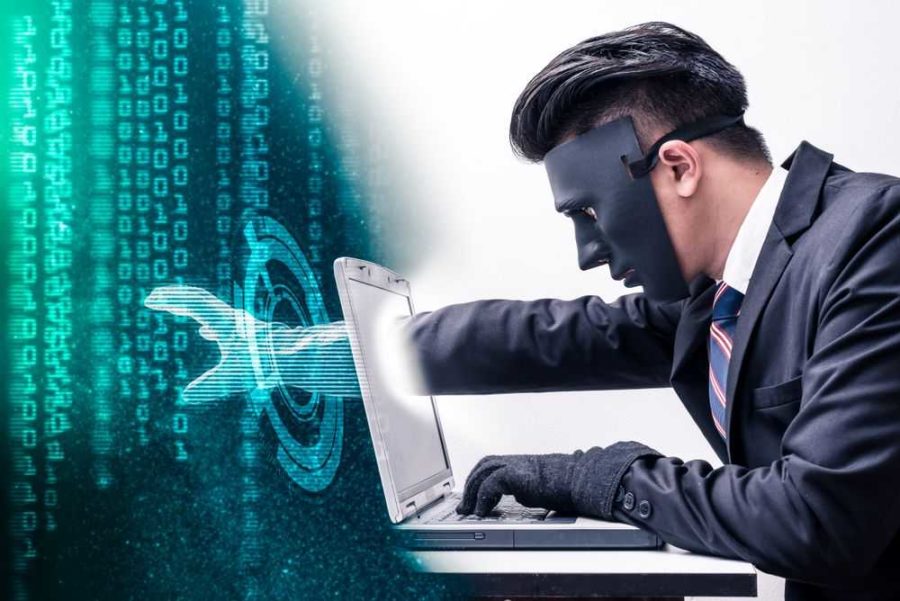 One more aspect we have stated in previous article was a new way of medical treatment based on patients’ data processing. So again if all these data are collected on a single server, this makes it vulnerable. This is also a possible issue with medical secrecy and in case of data breach these medical secrecy will be broken. What’s more, some people of senior generation mainly, feel comfortable to discuss their health status with a doctor but refuse to allow the doctor to put their health records to a single storage for further analysis. Here, like we already underlined in the past article, registration in the E-Government information system must be optional for a citizen.

Besides, maybe this could be a constructive step to inform the society about benefits of digital transformation to E-Government and explain that complex information systems will process the stored data, make forecasts, help governments to adjust policy and so on. But not to impose!

One more aspect we would like to mention is violation of digital elections. As you may probably know there are already countries where a citizen can vote online. For example,  Estonia, being also a country with a highly developed digital economy, provides the right to vote via internet. Any citizen that has an Estonian ID card has possibility to vote via his/her computer with internet access. This way of e-election has already become very popular and during 2019 parliament elections about 250 000 of e-votes have been registered. 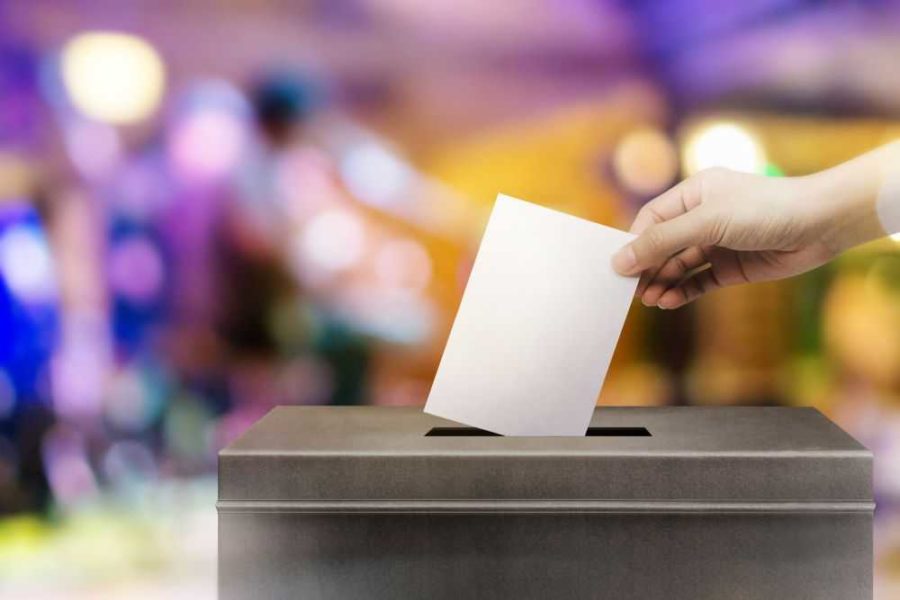 And seems like everything is fine and here is a good example of upcoming digital transformation in the form of online state and local elections, as a separate online potral or a segment of a single E-Government service. But there is also a problem. There are some proven cases when hackers could get access to the Estonian election system and had possibility to modify the votes. The situation is hackers didn’t “abuse” this security vulnerability (as far as we know, of course) and used it just to demonstrate the system’s weakness so that the developers fix it further on.

So, step by step digital transformation to E-Gov services leads to common implementation of online elections and obviously will expand to be capable of passing digital voting even for small issues (like household services issues or operational issues of labor collective). But the more important online elections are – the more attractive they are for violation. So perhaps today there is a good opportunity to test online election and e-voting systems on local elections in order to be prepared for any threats that might arise in the future.

We have mentioned previously that digital transformation already requires a lot of software to be developed now and will require even more in the future. And, in addition to security issues, digitalization, will require a lot of law making activities. For example, getting back to online elections, this process requires some additional laws and regulations regarding the right to vote online, making online vote equal to the  traditional “paper” vote, execution of common democratic electoral principle “1 person – 1 vote” and so on.

Ideally, in a world where digital transformation to E-Government is completed, the legislation part will work in a following way: any adopted law is realized just as a new functionality of the common state E-Government information system and all the parties/users involved in the adopted law get a notification. Unlike now when adopted by the parliament law is published in a state newspaper or, at its best, on a national legal web portal, then executors need some time to inspect the new law or regulation and start applying it. When adoption of laws process works “in the way of updating functionality”, this is the evidence that digital transformation to E-Government process is completed and completed successfully. Providing there is no possibility to breach the system and data of course.

We have also mentioned common presence of cameras everywhere in public places, be it a segment of a stae E-Gov serice or a separate one,  which, combining with face recognition technologies will establish a society of common transparency and openness. OK, so it will be impossible for a criminal to hide actually. And this is OK if everyone feels comfortable constantly being under surveillance. As far as we know such systems are already functioning successfully and no one is against it. So if the situation remains the same, there will be no problem with smart surveillance systems.

As Benjamin Franklin said in the middle of the 18th century:

“Those who would give up essential Liberty, to purchase a little temporary Safety, deserve neither Liberty nor Safety”

Is it the question to share some liberty to get some safety? Or not? It seems like this is a question of our personal attitude to digitization in general and to common smart surveillance system that constantly looks at us and record everything in particular.

There is also a question, who will administrate the system? Will it be a special institution(s)? And will this party be interested in getting any profits from being the administrator? Will it be a single institution or every institution will be responsible for their special segment, in other words, decentralized system? These are issues to solve. It seems like the ideal variant to administrate the system is to “hire” someone (or something) that is not interested in using the system’s data somehow. Should it be an advanced AI? Maybe. 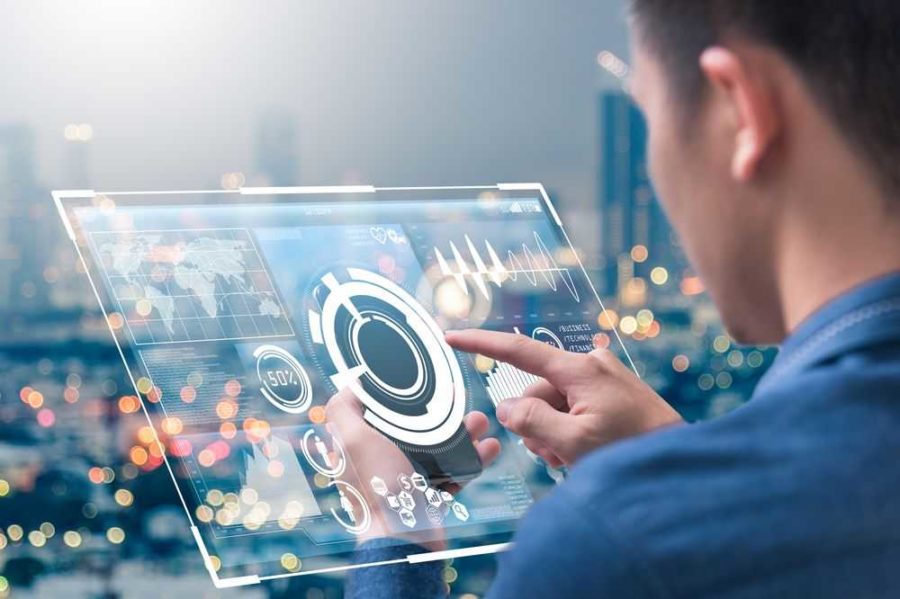 By the way, if you are interested to read more about the society where digital transformation is finished successfully, Code Inspiration’s team highly recommends reading a series of books “The Culture” by a famous Scottish writer Ian Banks. These books are science fiction writings about endpoint of the humankind technological progress and contains therefore a lot of descriptions of advanced digital transformation results.

Obviously, practically all mentioned threats are connected to possible security issues, like, for example, data breach. In this regard, all national-scale E-Government information systems developed for the needs of digitization are expected to apply perfect security measures. Only in this case all users-citizens can be sure their personal vital information is safe. Protection level must be so good that any possibility to enter the system and violate the data is eliminated.

Even now there are millions of divorces took place after personal social network account breach. And if we are talking about national scale E-Government information systems, consequences of data breach will be more serious.

And if no one cares about total surveillance so there will be no obstacles for existence and functioning of smart surveillance systems.  However, 2 main requirements for the results of digital transformation are security and legal response. Satisfying these requirements makes possible to avoid negative aspects of global upcoming digital transformation to E-Government. Or we should build a society where controlling someone’s personal data gives no benefits.