In today’s article we are going to tell more about what has changed and what will change in the near future.

The coronavirus pandemic has brought down the familiar lifestyle of millions of people. For a couple of months the consumer society has transformed into a security society. People, accustomed to traveling, were locked within the borders of their countries, cities and even apartments. Sports competitions, concerts and other much-loved and familiar entertainments were postponed or canceled. We all face difficult times, but those who survive the current crisis will already be in a completely different world.

Actually, no one knows for sure how life will change after the pandemic quarantine. However, the outlines of a new picture of the world are beginning to appear right now.

The new conditions of existence, in fact, led to explosive growth of remote work and online education. It will be extremely difficult to return to the old – before-the-virus – lifestyle those who have tried the new experience. Many people have now realized that spending an hour on the road to the office and the same on the way back are optional conditions for effective work.

In the healthcare field, telemedicine growth is predicted. Paradoxically, personal meetings with doctors have become dangerous, and remote meetings are gradually becoming a habit.

Legislators in democratic countries can also go online. First for a pandemic, and then for pragmatic reasons. It is a better choice for politicians to spend more time in their constituency with the voters they represent, which will allow them to understand local issues better.

It is also an interesting point that the authority of a government has increased. A situation of uncertainty and an unknown threat encourages people to trust official data only. Though, do not forget that the problem of fake news has not gone away. What’s more, citizens expect the governments to take effective measures against the virus, understanding that only the government has the necessary resources at its disposal.

The pandemic is “pushing” us closer to e-democracy, including safe, transparent and cost-effective voting from our mobile devices. A mixed model – voting on a cell phone using paper ballots – has already appeared in some US states. Actually there are still some unsolved problems with online elections like following democratic principles, transparency, necessity of data protection. Anyway, we are of the opinion that online elections are inevitable future.

Food delivery services have already become more popular, and regular offline restaurants will lose a significant part of the guests. 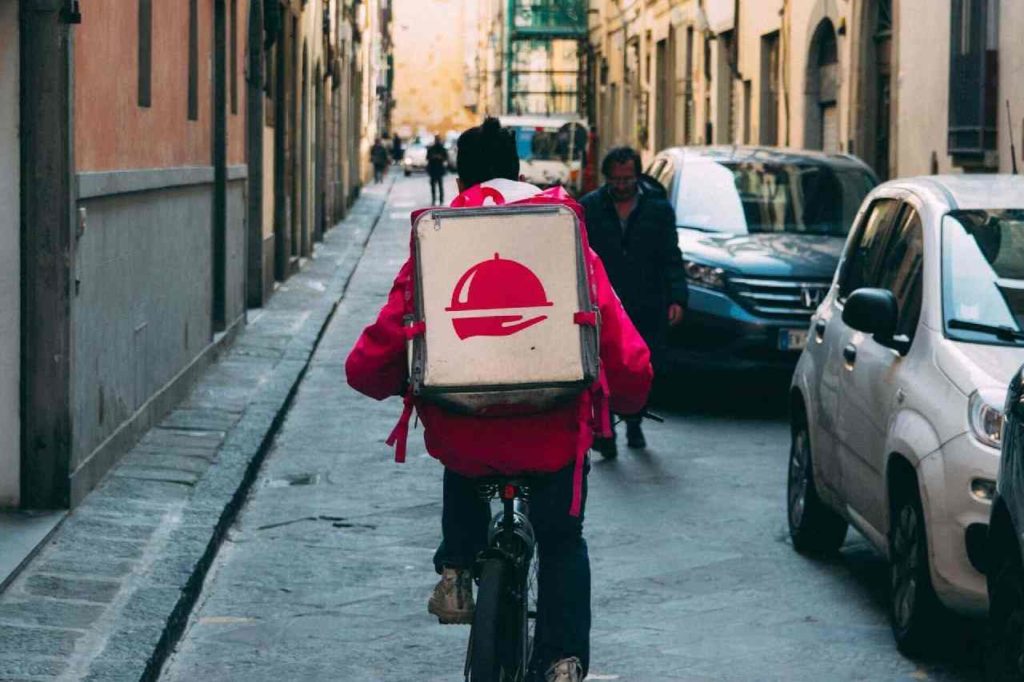 In small cities, people are used to spending free time in shopping centers, which during the epidemic becomes meaningless. Now people prefer parks where the possibility of close contact and infection is noticeably reduced.

Decisions taken by the governments to combat the pandemic will determine the view of the entire planet for the near future.

Let’s discuss why. So, almost all governments impose certain requirements on people in order to stop the pandemic. They can be achieved in different ways, for example, by promising an inevitable punishment from an all-seeing state. Modern technology already allows to monitor and track people 24/7. And soon they will literally penetrate the skin of citizens: in China, for example, applications and telephone networks monitored whether a person met with infected people, and the face recognition system detected people with a high temperature. Similar examples of using global information systems take place in Singapore, Taiwan  and South Korea.

So the situation is that governments begin to collect automatically the data that is considered to be confidential. Looks like there is some kind of choice between keeping confidentiality and health.. In our opinion, people require both these things and using global information systems in mentioned countries has proved the real possibility of a “balanced approach”. For example, in the cases of these 3 countries, emphasis was placed on universal testing, voluntary reporting and cooperation with a well-informed and conscious public. And this is possible everywhere because people themselves understand the danger of the virus and follow the rules of hygiene, providing that they are well-informed.

We are also of the opinion that all the states have to unite their efforts in confronting the virus threat. Yes, there is a number of cases when governments send humanitarian aid to each other. There is also a plenty of measures taken according the European Union joint response actions: member states exchange and share medical staff, medical equipment, funds, expendable materials. Together with this, looks like the states act like every man for himself in the fight against the virus.. Though, it seems impossible to take the same measures in all the countries. Anyway, it would be a constructive step to develop some set of pandemic measures, mandatory for every country. Do you agree with us?

So, experts say that after the pandemic we will appear in a new unusual world. The question is how unusual it will be? At least we already  learn not to shaking hands or touching our faces. The social distance between people will inevitably increase, but security will also grow with it. The main defenders now are not people in a military uniform, but doctors, nurses, pharmacists, store workers, small business owners. Many of them face an unforeseen risk of infection and death and go for it because they cannot do otherwise. It is extremely difficult to say what else will change in the near future against the background of the pandemic. Let’s see!

By the way, the open global information system to aggregate and share the data on the virus, which we wrote about in the beginning of the month, has been launched recently along the line of the European Union.

Dear Readers, if you want to add something, debate or discuss the article, please let us know using the form below or in our socials. Taking into account the importance of the subject, your opinion is welcome!